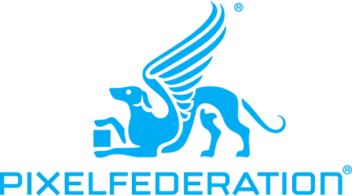 Porting games to mobile is never easy, even for such powerhouses as Pixel Federation. A successful product launch follows a thoughtful market research, store optimization and deep understanding of the behavioral models that different segments of mobile audience share.

There’s nothing worse than pouring months of effort into creating engaging icons, screenshots, descriptions to launch the app to the App Store or Google Play… and realize that the creatives do not resonate with the target audience.

Store optimization is not only about a fancy design of product page elements. What developers need is to see how the creatives perform before launching an app, and pre-launch A/B testing is right here for them.

Including pre-launch A/B tests to their store optimization process helps app developers to:

A/B testing can tell you how well you connect with your target audience and helps to succeed in store optimization efforts.

Store optimization is impossible without thorough research. Market research is the process of looking at the game market with numbers, facts, and opinions. It’s about finding the equation between what people want and what you want to do.

It provides insights about:

Tons of developers have done market research and failed tremendously in their store optimization efforts. That’s totally fine. This step will give you ideas about what you can expect while building your game. You’ll discover core challenges you’ll encounter in production and marketing.

We haven’t done any market research in our past. We didn’t pay attention, mostly because the games by Pixel Federation are old and were designed for desktop and canvas. Now we were porting them to mobile which is totally different from when you are developing the mobile-first game.

The most crucial part of development starts at the very beginning. We are a data-driven company, therefore before releasing our match-3 game we’ve decided to test themes and visuals to choose elements that resonate best with our target audience.

At the same time, we didn’t want to make a harsh decision. We evaluated results and chose the winning theme for store optimization with the help of SplitMetrics. It was also important for us to identify the best user acquisition channel for a Soft Launch.

Not many app developers think about testing creative aspects of the game, especially when it comes to pre-launch marketing activities. Even though it can give valuable insights and change a direction of store optimization and app marketing in general.

For instance, we’ve found during the AppAgent academy that Space Ape Games have tested the name tagline of the Transformers game using Facebook Ads. What they did was three fan pages with three different names and launched three Facebook campaigns using the exact same audience for each.

To get actual results and ensure that Facebook does not adjust the audience, they set Cost Per Mile bidding. The winning name is well known today: Transformers: Earth Wars.

That was a moment when we understood the importance of the pre-launch theme testing for app store optimization!

Facebook ads is a nice testing tool for names, descriptions or individual elements. However, Facebook ads do not give context. For our match-3 game, we wanted to go further and test the visual theme to see how people interact with it right in the store.

SplitMetrics combined with Facebook ads provided exactly what we were looking for our store optimization strategy.

Although the main goal for us was to evaluate the Click Through Rate, we decided to kill two birds with one stone and measure a conversion rate our app gets on the store. The main reason for it was that an app conversion rate is something that ultimately affects the user acquisition cost but can be influenced and improved by timely app store optimization.

For our tests in SplitMetrics, we have chosen three visual themes (each with a different character):

Our experiments with SplitMetrics showcased how app store optimization can raise the chances of success for your upcoming game.

The winning concept called Button Blast reached 1% better CTR. In terms of conversion rate, it won with 25% by far ahead of the second concept Music Match with 17.5% and Yummi Blocks with remaining two below 12%.

SplitMetrics gave us metrics you’d see neither in your Google Analytics nor in Apple iTunes Connect.

With results we’ve got, I would definitely recommend you to preoccupy yourself with app store optimization even before soft launch app testing. Test everything possible from a theme and visuals to icon and screenshots. App store optimization can make a huge difference!

Want to achieve similar results?
Schedule a demo call with one of our optimization experts
Schedule Demo