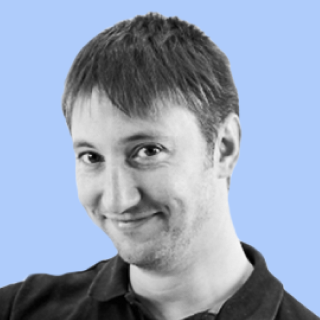 This is a guest post written by Thomas Petit, remote freelancer on app marketing and mobile growth and regular speaker at mobile conferences.

In this post, I will showcase some of the latest trends in mobile app marketing and user acquisition (UA), taking a guess at what the near future may look like and what changes mobile marketing teams should anticipate to stay ahead of the curve.

The trends are grouped around 3 topics:

You can view the slides corresponding to most of the ideas below on SlideShare.

Over the years, Google and Facebook have taken and reinforced a dominant position, concentrating about 2/3 of the advertising budget. The figures below are US only and not specific to app installs, but the situation is likely to be very similar across other markets:

The situation where 2 actors control around 1/3 of the market is far from healthy, but is likely to remain unchanged in the near future. At least it seems like the market share of this duopoly has stabilized at its current level, with “all others” now growing more or less at the same pace than the whole pie.

ASO is not a paid channel, but it’s critical to manage it properly for two reasons. Firstly, a large share of all installs is organic – 30-90% depending on verticals and countries. Secondly, ASO impacts all others, as traffic goes through the App Store bottleneck at some point (APK and pre-installs excepted).

Here are the current trends in ASO:

Facebook is going UAC, putting more importance on creatives than on the campaign structure, targeting tactics and bidding tricks.

A series of changes that’s been happening over the last 2 years should act as a hint that Facebook is moving towards less manual management and more machine-driven optimization.

Here are some of these signals:

Facebook will force bundling placements and won’t let UA managers choose where their ads will be displayed.

We’re not there yet, but I’ll take a leap of faith to make a prediction. Sooner rather than later, Facebook will force bundling placements (Instagram stories, audience network, feeds, etc.), and won’t let UA manager choose where their ads will be displayed.

It’s very much like what Google with UAC 2 years ago. For better or worse, these changes don’t make much economical sense for advertisers, but rather are very much needed for the platforms.

The most significant change to Google Ads this year was rebranding from UAC to app campaigns. Little happened over the last 4 years, and the infamous advertising product from the tech giant has remained fairly the same, with both its interface and API limitations.

Google did announce some novelties at I/O. Those are mostly the features which have been rolled out in beta to selected advertisers, and have been announced to be available to all in May. It’s been 3 months since then, and they are still not out, but there’s no doubt we will get them soon.

Here are the features:

Apart from these platform changes, Google is deploying massive efforts to force advertisers into migrating to Firebase, claiming campaign improvements for those who do. Regardless of its maturity as an analytics tool, using Firebase to send events/audience to UAC is becoming close to mandatory. It has become officially the case for re-engagement and custom audiences (similar lists, the equivalent of Facebook powerful lookalikes).

But probably the biggest move is the addition of new inventory formats, such as Bumper Ads on Youtube, a new placement on Youtube, more ad videos on the Play Store, and a controversial iOS search inventory. You’re likely to see even more scale, but keep an eye on your ROI in parallel.

There is no single winner in this category, as your audience, geographic split and internal resources should determine where to place your bets.

It’s worth noticing that channels that don’t offer the same tracking level as those above are also gaining attention. Promoting your app on TV, radio or “OOH” (out-of-home) isn’t only a strategy for giants like King or Supercell.

Many medium-sized apps invest their money back in “classic” channels to balance their mix from the duopoly.

In parallel, influencer marketing and podcast advertising keep rising fast. Those are typically high efforts channels, but can pay off big time as digital advertising reaches a saturation peak on some other sources.

One trend I believe is coming strong is for app advertisers to look back at the web as a viable strategy for apps:

The current trend within SDK-based networks isn’t new: ad networks are further concentrating, with some more recommendable than others. From many hundreds of actors, there are 20-25 major players that offer better targeting, campaign management, as well as higher reach and scale.

I can only see this trend continuing. And it’s not unlikely that only 5-6 players of importance (besides hyperlocal or segment-specific players) will be battling for that part of the pie within a couple years.

Who are the future winners?

The survivors fighting this battle are those who managed to innovate fast, keep their reputation amidst the rampant fraud and often occupy the highest spots in channel indexes provided by MMPs every year.

In programmatic advertising, the hot trend among big players is in-housing. Advertisers are cutting middlemen to build their own stack, gain transparency and control by building instead of buying. 2 companies have emerged to help companies doing so – Beeswax in the US and Kayzen in Germany.

I don’t think the User Acquisition manager will vanish, but the roles and skills required to execute user acquisition are changing at a rapid pace, pushed primarily by the rise of machine bidding. With less tweaking and fewer to no targeting options, many of the regular UA managers’ tasks have disappeared.

This change came along with two others:

1. The focus on creatives is back on table as the main differential to drive UA performance.

This is the “return of mad men”.The reason creatives are the key to success isn’t only because it’s almost the only leverage left to marketers, but also because winning creatives make a huge difference.

As illustrated by the distribution of the budget across hundreds of creatives from Consumer Acquisition, winning creatives enable both a much higher scale and lower prices. By generating gain in the CPM<>CPA equivalent, for a similar bid (CPA) the advertiser with winning creatives is offering the publisher a much higher payout (CPM), and wins the auction without having to bid higher than the competition.

A few years ago, cheap creatives were enough. The rise of a video format, a higher level of competition among most apps verticals, and a higher overall creatives standard have changed the situation. As a result, app developers are allocating a bigger percentage of their total budget into producing more and better creatives to gain performance.

A few years ago, it wasn’t uncommon to see the marketing tool stack limited to MMP data, which the UA manager would visualize and export locally. While this can still be done, the sheer scale of marketing operations can quickly show the limits of such a setup.

Other reasons, such as improving the quality of events/value sent to networks for optimization, make this move more logical. Advanced developers have now multiple layers on top, whether bought or built in-house, to manage large amount of data while improving their quality.

Owning your data in a Reshift (or similar) and visualizing them in custom ways is a new norm. This explains how several data visualization tools have recently been acquired for billions, including Looker, Tableau and Periscope (to name a few). Aggregators also represent a hot market with Singular, Appsumer, Clarisight, Acquired.io, aiden.io and many other players emerging.

It’s likely that future UA teams will have fewer UA managers. Instead, there will be more artists/creative profiles alongside data analysts and data engineers to support them, with only a handful of media buying specialists allocating large budgets.

However, more attention to creatives and data doesn’t remove the need for UA managers.

Their role will be a lot less tactical (tweaking settings and pushing buttons) and more strategic (looking at a bigger picture). Another key role of the UA specialist is to manage a creatives testing process and find ad winners using technologies.

“Quora for marketers” Quantmar has interesting answers on how to improve creative testing processes. The next step is to automate ad experimentation to accelerate it.

The company N3twork has developed an interesting tool, ironically named Draper, which enables production, testing and shifting the budget automatically at scale. Initially developed for the game Legendary, N3twork plans to use its scale platform to help third party app developers use this method too. Get more info on N3twork’s Medium blog.

If it sounds like an advanced way of managing creatives, buckle up for the next stage. The internal acquisition team at Google used unlimited resources and data available to the company to build a predictive creative testing tool. Instead of deploying ads in a real-life situation, with budget risks associated, Google has a method of pre-testing ads before money is spent.

The tool accurately predicts winners in 67% of cases and fails with an 87% certainty.

Another key user acquisition trend is tracking. What made digital marketing radically different for the last 20 years was the ability to define where success came from – a very complex issue with an offline/real-life promotion.

But with the rise of privacy concerns important changes come, likely to reduce the ability of UA managers to get granular data.

Here are some recent signals and trends regarding attribution:

UA managers will have to at least partially rely on extrapolations, rather that full datasets.

What kind of data will be available in the future? Eric Seufert from Mobile Dev Memo predicted this upcoming change 2 years ago. What is likely in the near future is that UA managers will have to at least partially rely on extrapolations, rather that full datasets. The method currently used to assess performance of influencer marketing may become a lot more normal.

In a similar way, incomplete data passed to MMP by Apple for Search Ads give you 2 solutions – look at partial results or extrapolate. While many will choose to look at tracked data only, this is only possible when 20% of data is missing. However, you can hardly do that when the majority remains untracked.

To wrap it up, important changes affect the way performance marketing for apps is done. But don’t be scared: the only constant is that this field has always been changing. The ones who adapt the earliest will keep an edge. Get ready for more changes!