Last week Apple made headlines with exciting reveals for both users and businesses at the Worldwide Developers Conference 2022. The event set the world on fire, and the mobile industry was no exception.

In the WWDC22 wake, SplitMetrics, a mobile marketing ecosystem uniting SplitMetrics Acquire (formerly SearchAdsHQ), SplitMetrics Optimize and SplitMetrics Agency under one umbrella, reflects on the highlights from the event our team loved the most.

iOS 16 Makes Debut — Customization Is a Big Part of It

iOS 16 is here with a bunch of incredible features. Users are the real winners of this WWDC22. The updates are customer-centric in the finest tradition of Apple; however, publishers will get some perks as well if they play their cards right.

Users will be able to set up and customize multiple Lock Screens on their iPhones with new fonts, backdrops, colors, and widgets.

For mobile publishers, it’s an opportunity to showcase an app one more time — as long as it supports widgets and is favored enough by a user to grace their Lock Screen.

Live Activities is a brand new feature enabling developers to update notifications for an in-app event instantly so that users see the info in real time.

By the way, the notification system has also been revamped. From now on, notifications will appear at the bottom of the Lock Screen menu.

Previously, thanks to iOS 15, users were able to engage with texts within images. iOS 16 went even further: you’ll be able to interact with video texts. These new features of Live Text are now available for developers through a Live Text API. By embracing it, you’ll provide users with an opportunity to get a grasp of the texts in your app’s videos.

Customization is at the helm of iOS 16. Just like with Lock Screens, users will be able to personalize their screens for different situations to avoid being distracted by irrelevant content within Safari, Messages, Mail, or Calender. To fit in with their users’ Focus, developers can integrate a Focus filter API into their apps.

There are several improvements to App Clips. Developers can test them at a much quicker pace thanks to the special Diagnostic Tool. Their weight can be up to 15MB, and there are also some nice things that will simplify the App Clips development process: App Clips will be able to read data and resources from a CloudKit database.

If you ever wanted to get your app run with a user’s voice through Siri, Setup or Shortcut, this App Intent framework upgrade will definitely steal your heart. This implementation will also make your app appear in Spotlight.

Communication and Collaboration Are a Key Aspect

Another pivotal to keep tabs on is a new focus on communication and collaboration — for both users and developers.

“The more, the merrier” seems to be the best motto for SharePlay, the feature that allows users to enjoy their favorite app together with friends. Previously the shared experiences were possible only via a FaceTime call. Now you can share content via iMessages or the share sheet in an app.

SharePlay is available across multiple platforms and is a great asset to boost engagements and reach out to new users organically.

Game Center comes with push notifications and a redesigned dashboard where users can see their friends’ activities and game high scores.

Apple has released a Shared with You API, and developers should take advantage of this opportunity to highlight content users loved the most.

Family Sharing will make it easier to control the content your kid consumes. The smart feature will provide you with recommendations on app access depending on the child’s age.

Brainstorm, code, and deliver faster thanks to new collaboration APIs coming to iOS. Everything becomes simpler, and tools like Xcode, Swift, Swift UI, WidgetKit, and others enjoy new collaborative updates.

The WWDC22 revelations also brought up the monetary aspects of running a business. Here is the most exciting news,

This update enables users to split any purchase into four installments that should be paid over in six weeks. Thanks to Apple Pay Later, publishers may see new users coming in: since they don’t have to pay the whole amount for a service or subscription, they’ll be more eager to spend money on your app.

There was no quiet on the StoreKit2 front. Managing in-app purchases and subscriptions is a much better process from now on thanks to these improvements:

Users are going to receive notifications from Apple via email, push notifications, in-app messages in case the price of an app subscription changes.

We got a glimpse of what SKAdNetwork 4.0 is going to be like. It seems like it’s going to maintain the balance between a user’s privacy and an advertiser’s awareness of their campaign effectiveness.

Campaign ID is now called source ID, and you can include up to four digits in the postback for a hierarchical source identifier field. The number of digits will directly depend on the number of installs and and the level of a user’s privacy in a single campaign.

The digits from source ID are going to revolve around the new term “Crowd Anonymity”, which is basically a privacy entry barrier. The principle behind Crowd Anonymity seems to be “the more installs you have, the more data you’ll get”.

There’s going to be a new conversion value alongside a fine-grained one. A coarse-grained value (which can be low, medium, or high) will provide mobile advertisers with limited information about campaigns with a low installation rate.

There’s something great for evaluating app engagement coming up. Multiple conversions will enable advertisers to get up to three postbacks for specific conversion windows (0-2 days, 3-7 days, and 8-35 days). Speaking of postbacks, there are also significant improvements for SKAdNetwork testing experience.

Web-based ads sending users to the App Store product page are going to be supported by SKAdNetwork 4.0.

The biggest App Analytics changes are still on their way and will become available to publishers next year.

Measuring an app’s performance is going to be a much clearer and simpler process thanks to the new App Benchmarks tool. The aim of the novelty is to help you compare your app to similar ones from a specific peer group in a data-driven (and privacy-keeping) way. App Benchmarks will allow you to follow your customer’s journey with the performance metrics in mind. The rollout of the tool is expected to happen in the early 2023.

While not technically a WWDC22 update, it’s still a big set of news: simultaneously with the conference, Apple released updated App Store Review Guidelines. This time the updates ease off some restrictions Apple posed on mobile publishers in the past.

The rule demanded from an app to have sufficient content in the binary at launch. As of this moment, the requirement is no longer a thing. This means apps may motivate users to download additional content and resources from elsewhere when launching.

If you’re building a weather app, you are to follow the attribution requirements stated in WeatherKit’s documentation.

Before the removal, apps with a location background had to remind users about battery life decrease risks. Now they no longer need to show this notification.

This is it. The Worldwide Developers Conference is over, but the flow of updates, news, and insights has just started gaining momentum. There’s a lot of things to try out before the official launch of iOS 16 in the fall 2022, and you can rely on our team to inform you about all the novelties and their meaning for the industry. Stay tuned! 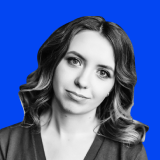 Anastasiya is Content Manager at SplitMetrics. She lives and breathes writing and has a real feeling for app marketing and mobile growth.