The release of IDFA deprecation remains a hot topic ever since it was announced since it affects UA and mobile marketing in general. We’ve analyzed how exactly the attribution will be affected  so that you know what to prepare for.

How will things work from now?

Apple Search Ads has its own attribution API closely related to the Apple’s attribution server, which provides visibility into the App Store and user actions there.

Each of the players in the mobile marketing ecosystem – Google Play, App Store, Apple, Facebook and Twitter, and other ad networks have their own attribution models, but all of them use IDFA.

Despite the changes to the privacy policy, almost all installs and subsequent events will be attributed as before, but without IDFA.

How does attribution work?

Before IDFA deprecation was released, deterministic attribution approach was the most popular one in iOS. It is based on device matching via IDFA.

This is how it worked:

In order to attribute an install to a media tracker you would need to get an IDFA from an ads campaign and match it with the IDFA received from SDK.

How does attribution work in Apple Search Ads?

These frameworks are built into SDK by MMPs. The following diagram illustrates using the AdServices framework to retrieve attribution data.

iAd framework is the older API, which can be used to attribute app-download campaigns that originate from the App Store for all iOS versions based on privacy settings.

AdServices is a new API method used to attribute app-download campaigns that originate from the App Store, Apple News, or Stocks on iOS devices, for devices running on iOS 14.3 and above.

Before the release of iOS 14.3 there was one way for users to opt out of passing their IDFAs and it was Limited Ad tracking (Lat On/OFf). Limited Ad Tracking (LAT) limits access to IDFA and prevents advertisers from targeting their audience by any aspects. This is an optional setting for iOS users. Thus, even if a LAT-on user interacted with an ad MMP would not be able to identify that interaction with no exceptions even for Apple Search Ads campaigns. Such users would become part of organic traffic.

Mind that after updating to iOS 14 or later all users with Limit Ad Tracking “On” will by default have the “Allow Apps to Request to Track”setting off.

But the key change here is that as of iOS 14.3 and later, app developers will need to request user consent to track their users’ data via ATTrackingManager (ATT) pop-up message within the app.

By not granting permission to the App Tracking Transparency request on a per-app basis, meaning that users don’t allow this particular app to track them through the device identifier:

If before in order to limit access to IDFA users would need to go to special settings, now it is on the publisher to request a permission. This might result in faster increase of opt out rate.

So what happens with data attribution when users don’t consent to being tracked via IDFA?

This means there would be no access to an identifier and with deterministic attribution a media and a tracker would not be able to match an ad and an install via one identifier.

How will Apple Search Ads API work depending on ATT?

All users with the iOS version previous to iOS 14.3 will be attributed via iAd framework.

This means that MMP will always be getting attribution information from Apple Search Ads if the user did not choose Lat On.

Apple Search Ads vs MMPs attribution cases for iOS above 14.3 (there is required ATT prompt)

The table above shows that regardless whether a user gave permission with or without ATT new API will bring attributed information back.

In the case when ATT = Authorised Apple Search Ads will give back the answer by two frameworks, the difference is only that iAD framework will not provide information on ads campaigns in Apple News or Stocks.

If ATT does not equal Authorised AdService Standard payload will provide attribution without the click timestamp but with the campaign ID, ad group ID and keyword ID.

The key difference you should keep in mind while adjusting to IDFA deprecation is that there will be no limits regarding campaigns and ad groups per campaign in Apple Search Ads.

As for SearchAdsHQ, the platform adapted to the changes that MMPs are implementing. This way we have all the needed parameters for attribution. This data is enough for us to bridge the data from Apple Search Ads and MMP and present it up to the keywords level.

Note! Apple Search Ads API only attributes installs and tracker is responsible for the attribution of all the following events. If an MMP manages to attribute an install to the media source it means that the following in-app events also will be attributed to the same source. 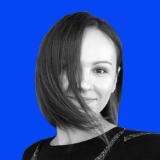