As the number and diversity of apps on the App Store continues to grow, this leads to greater competition and an increase in customer acquisition costs on the one hand (the market is saturated with similar offers, the red ocean scenario) and reduced time on user decision-making on the other hand. We clearly see that in the decrease in the amount of time users spend on a page in the App Store over the past few years. Users have become more impatient.

Here are a few insights generated from our findings that could help mobile brands compete in such a market.

Building a company brand is becoming as important as building a monetization and user acquisition strategy. Strong brand serves mobile publishers well: new apps launch becomes less expensive, since people tend to choose what they have already seen and just quickly tap on an app with a familiar name or logo. With less time on user decision-making brand awareness becomes crucially important for the user acquisition strategy.

Besides, brand is an asset difficult to copy, so high brand awareness (prominent app’s title on the App Store) becomes a competitive advantage that further applies to all subsequent apps (even if it comes to generic apps).

Titles that include a combination of a brand name and app description. Image source: the App Store

Since people spend less and less time on making choices, mobile publishers have to convey the core value of a game or app more simply and concisely. SplitMetrics A/B tests show that simple ways of presenting apps that describe the utilitarian value of an app have higher conversion rates.

This concept can be illustrated by the examples of various VR apps. For example, if you are building an app that enables users to try on clothes, accessories, makeup or masks with the help of VR, you need to know that the app’s motto: “Try on Clothes with VR” will work worse than a message: “Try on new clothes without leaving your couch”.

The average user knows not so much about technology, and they just will not understand what this acronym – VR – means. Therefore, try to speak the users’ language, and in your app’s title, subtitle and description, simply and clearly convey the main idea of the app. I’d also recommend to avoid promoting the technology or revealing all features at once.

App titles and subtitles that are simple to understand. Image source: the App Store

Сultural sensitivities and seasonality play a significant role in mobile apps promotion. It’s important to understand that you need to not only translate a text (subtitle, description, words on the screenshots) but also adapt an app to cultural specificities of the country or region. 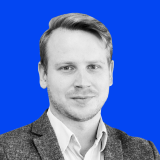 SplitMetrics own success story began with Max’s idea to make app marketers successful with mobile A/B testing tool. In a shortwhile Max was the first to come up with the idea of Apple Search ads optimization solution. With above 7 years in the industry Max is the go-to source for app growth wisdom.