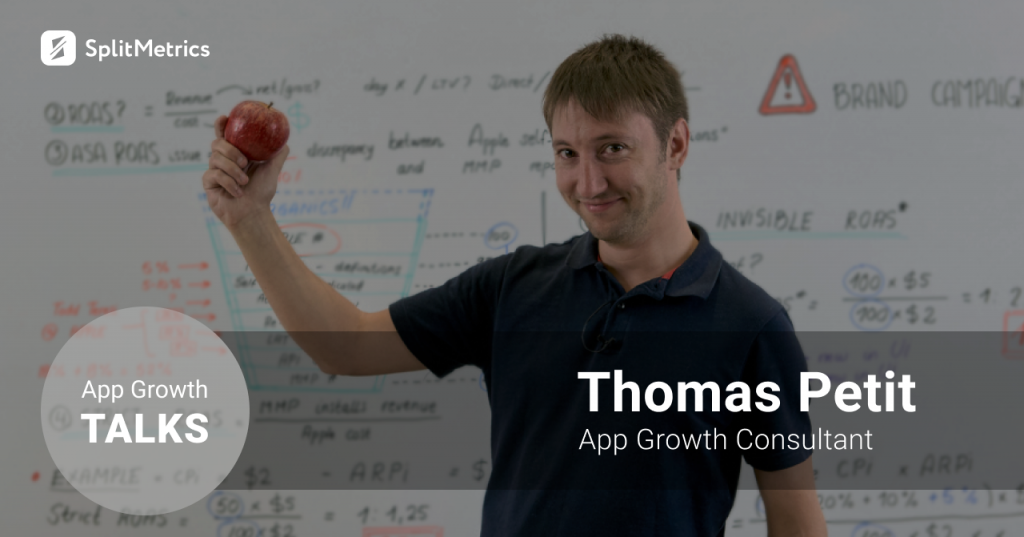 This is the first episode of App Growth Talks, a series of interviews with ASO, User Acquisition, Mobile Analytics and App Growth experts. We’re starting with an interview with Thomas Petit, a world-renowned Mobile Marketing Expert and independent App Growth Consultant.

New to the SplitMetrics blog? Check out this post to equip yourself with insights into mobile marketing. 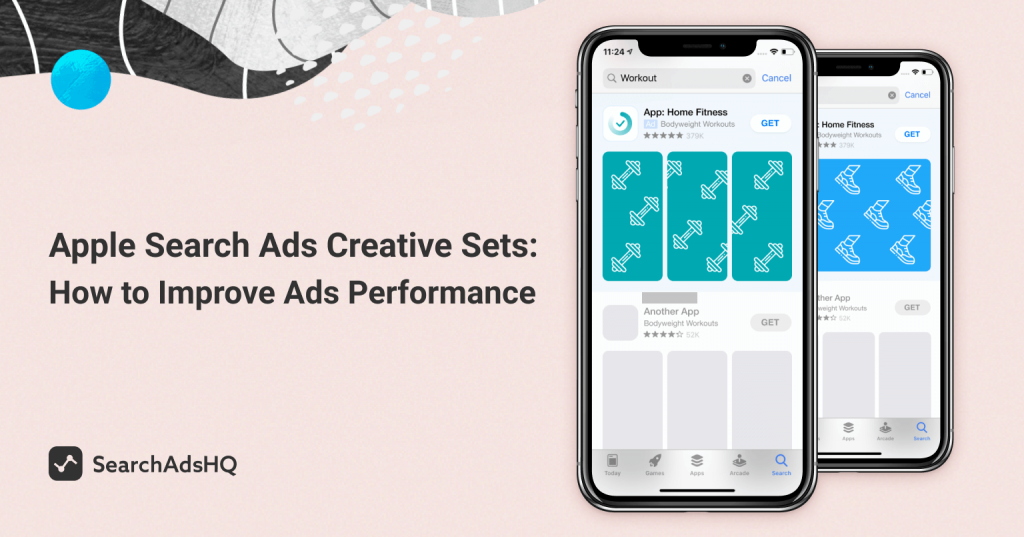 To customize ads from the visual perspective and improve their performance, Apple Search Ads suggests app marketers leveraging Creative Sets, which is available within Advanced campaigns.

When you make a set, you basically create a custom pack of assets out of the screenshots and app previews from your App Store product page.

Creative Sets is set up at the ad group level, where you also add keywords and refine your audience. By using Apple Search Ads Creative Sets, you play around with various asset combinations and align them to a specific ad group keyword theme and audience refinements by age, gender and location.
Read more 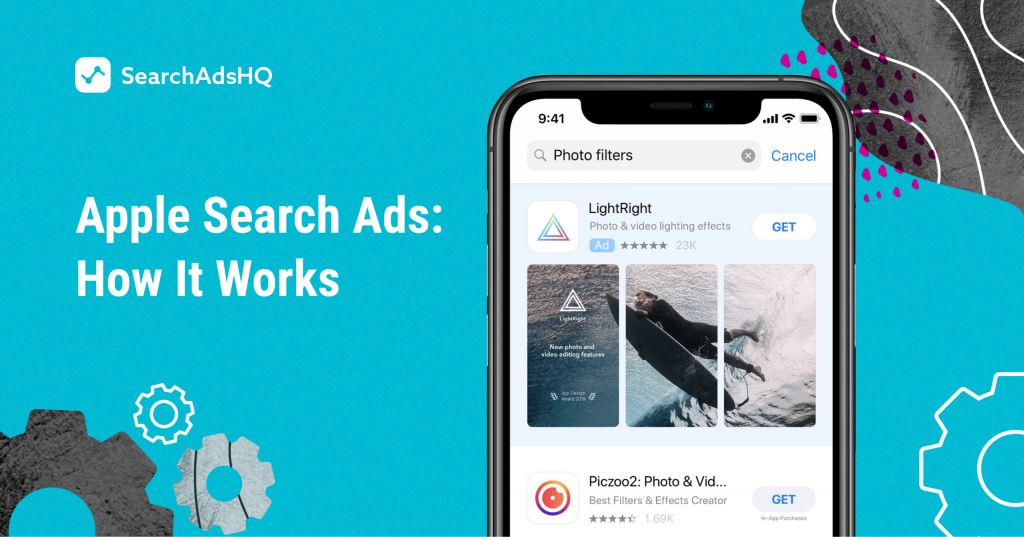 There are about 2 million apps published on the App Store and the number is growing, and it’s getting harder to become visible there. Still, if you promote your iOS app via Apple Search Ads, your chances of being discovered by users are so much higher as your ads are placed above the organic search results.

However, we know that fewer than 20% of app marketers run ads on the App Store. As of today, Apple Search Ads is less competitive than Facebook and Google Ads, but more and more publishers are adopting it as they see it pay off.

If you are also thinking of adding Apple Search Ads to your user acquisition mix (before your competitors did), we’ve gathered everything you need to know before setting up your first successful ad campaign.
Read more 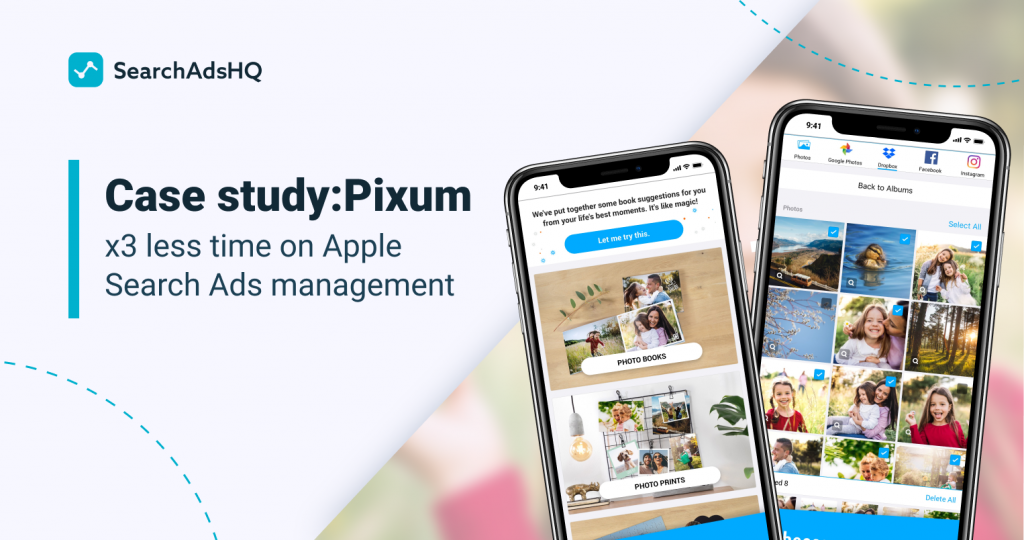 Pixum is an online photo service provider with three ways to order: Pixum Photo World Software, their website and mobile app. With the Pixum app, the team was among the pioneers in the usage of Apple Search Ads.

Since ad performance in Germany was strong and the company operates throughout Europe, their mobile marketing manager decided to use Apple Search Ads for other countries as well. Pixum’s campaign structure follows Apple Search Ads’ best practice – Brand, Generic, Competitor and Discovery campaigns, hence they soon had a large array of campaigns that needed to be managed. In order to save time and optimize this process, Pixum turned to SearchAdsHQ whose automation rules and bulk management guarantee all-empowering automation. 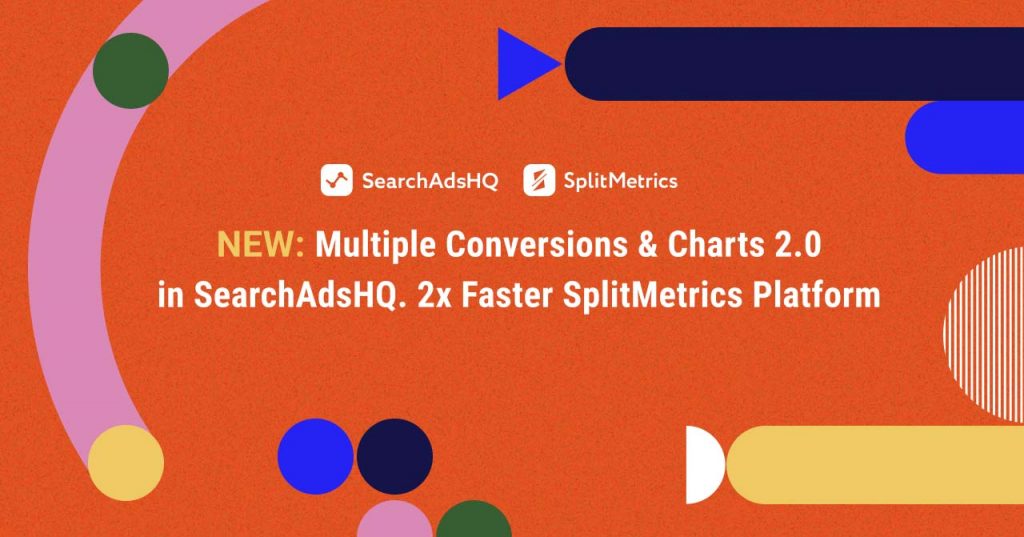 This is a three-month wrap-up of updates in the two products that we make – SearchAdsHQ, platform to automate and optimize Apple Search Ads, and the SplitMetrics A/B testing platform.

From February to April, we rolled out a lot of handy features that improve user experience. Use the navigation above to jump to the platform and functionality that interests you.
Read more 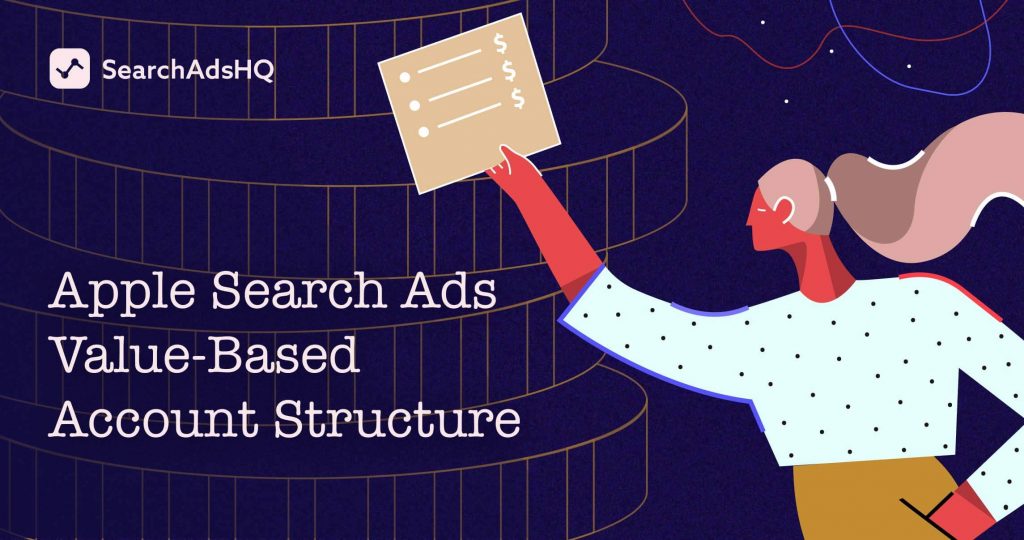 By structuring your Apple Search Ads account you can improve ad relevance, assess performance more accurately and lay the foundation for scaling. 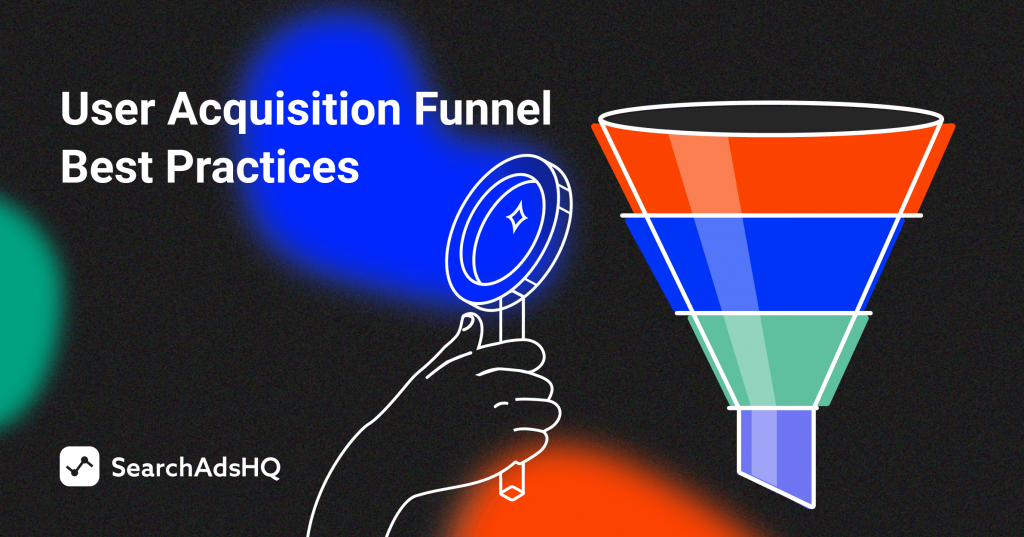 What is happening across your user acquisition funnel?

Some keywords can be very good at moving App Store users from ad impressions right to in-app purchases, subscriptions, etc., depending on your app monetization model.

Other keywords can be poor performers that never result in desirable paid conversions.

When you understand your funnel and keywords converting potential, you can optimize Apple Search Ads where necessary and maximize ROAS. In this article, we’ve covered three best practices that may help you make the most of your user acquisition funnel.
Read more 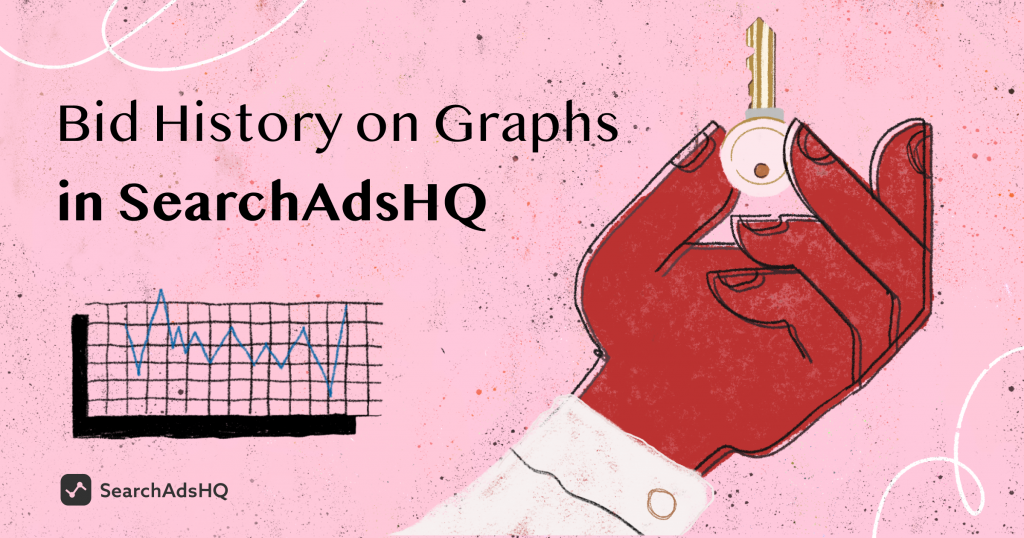 SearchAdsHQ rolls out a new feature to make it possible for users to track keyword bid history over time. 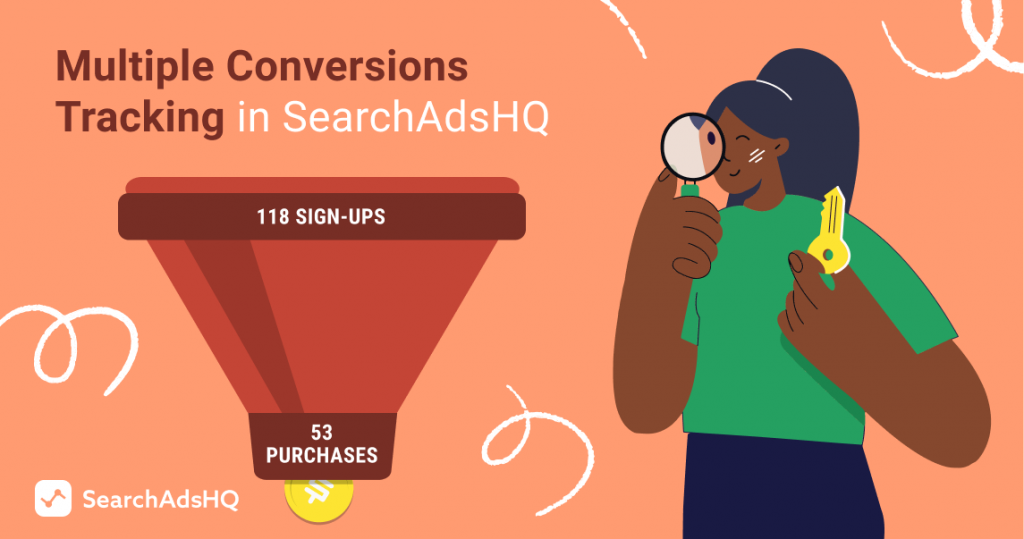 Today we are proud to announce a great update in SearchAdsHQ: Multiple Conversions Tracking will enable users to not only set up custom conversions, but also track each of them individually on the dashboard.
Read more 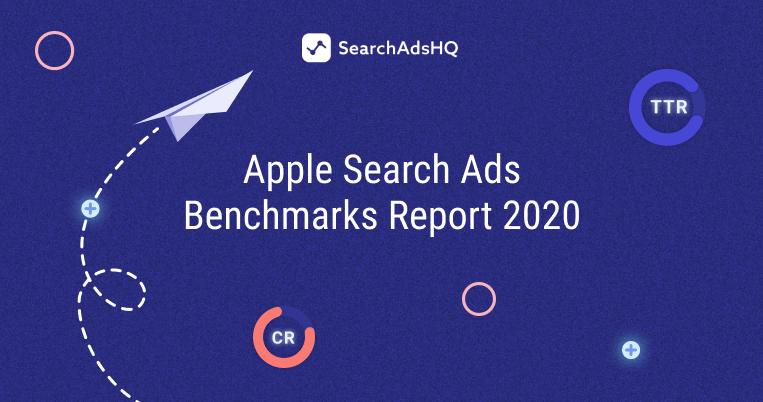 The App Store is competitive as never before. According to Apptopia, there are over 1.8 million publishers and 4.1 million iOS apps out there, of which games account for 20%, while non-gaming apps represent 80% of the total.

Apple Search Ads has been growing strong as a way to withstand such severe competition. AppsFlyer suggests that in 2019 the channel increased “its share in the global app install pie by 82%”.

Indeed, hitting the blue-colored ads spot above the organic search results offers a visibility advantage. However, the majority of iOS publishers ignore this opportunity: fewer than 20% of them run ads on the App Store (AppsFlyer). The ads channel keeps having considerable untapped potential.

But for now, let’s focus on those who use Apple Search Ads to reach out to their users. We’ve made research to understand the average App Store metrics to deliver the recent paid Search Ads benchmarks in the form of a report.
Read more

Don't miss a tip!
Join us on social media: